“...Twitter’s strength is engaging us in divergent thinking…. brainstorming, networking and spontaneous, free-flowing exchange of ideas… for a powerful synthesis, use Twitter within the context of site-based collaborative inquiry. This dynamic duo offers [students] the divergent-thinking benefits of Twitter for networking and idea sharing within a focused context of deep inquiry to solve challenges…” - Tonya Ward Singer 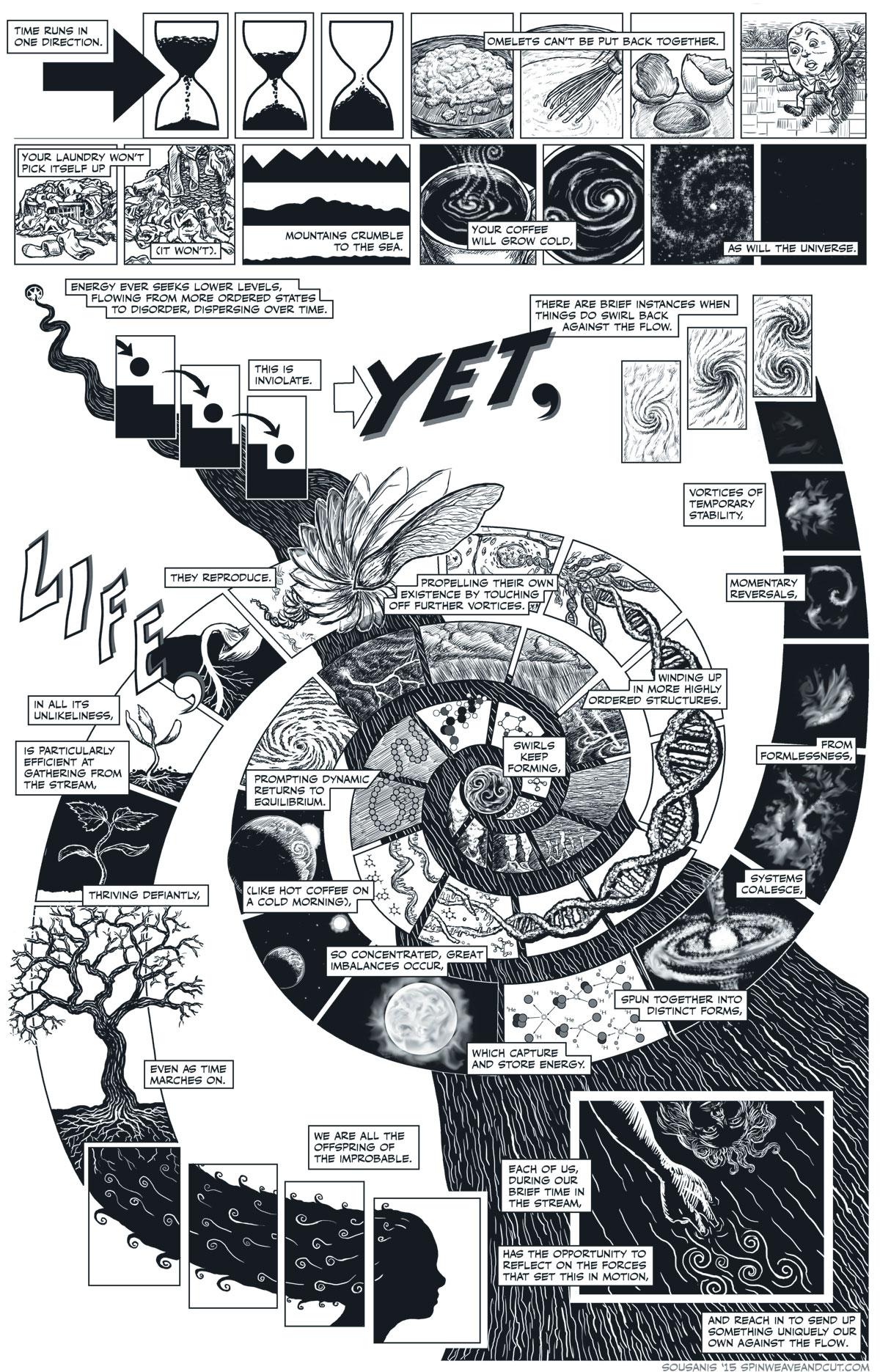 Moving students through divergent and convergent thinking, individually and in what the d.School calls the “radical collaboration” mindset, is part of what has been identified in 21st Century Learning Skills, the new draft of the ISTE Student Standards, in the New Literacies, and is used by the Buck Institute in their collaboration rubric.  Our tech tools can often provide mirrors for reflection, here addressing three big questions: 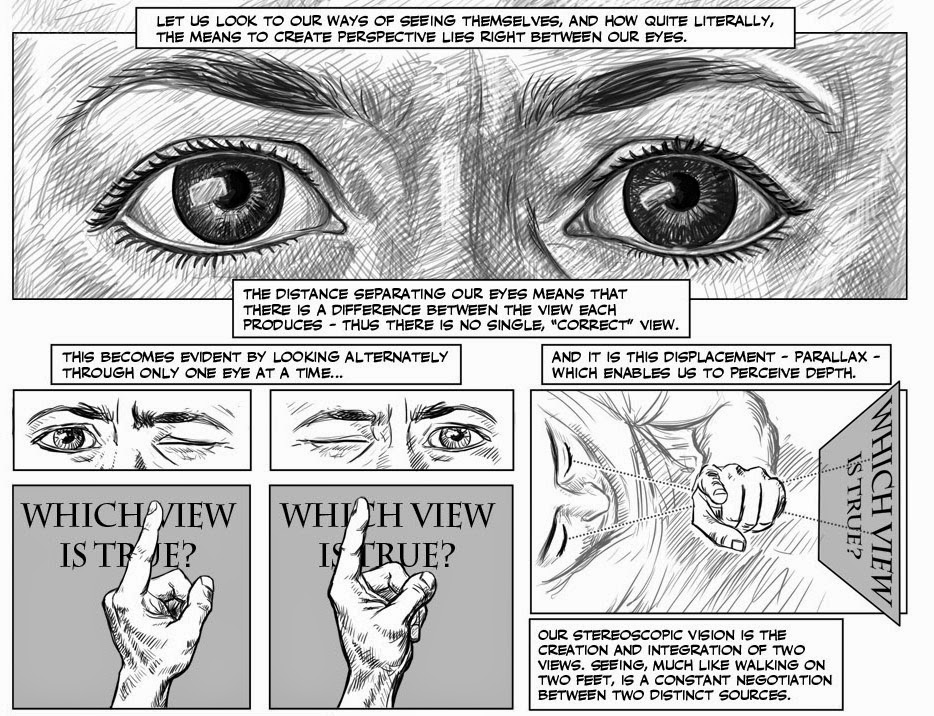 The Framework for 21st Century Learning stresses the redesign of learning environments using...

“multiple environments to teach and reinforce the value of communication skills.”

In these “multiple environments” or spaces, the use of digital spaces both synchronously and asynchronously enables a broader range of modalities for student engagement.  The four C’s outlined (creativity, communication, collaboration, and critical thinking) echo the d.School’s mindsets ...

“...students learn best from a mix of individual and group-based learning experiences...”

“...collaboration can enhance the development of critical thinking skills.” 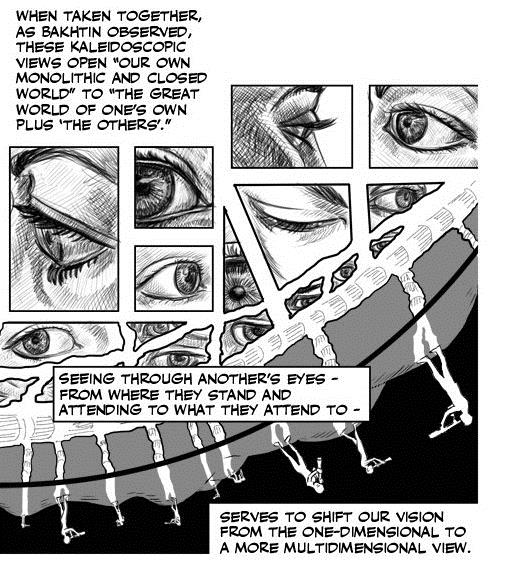 In January 2016 ISTE released a draft of the updated Student Standards which greatly expands both their descriptions of empowered student metacognition, multimodality of expression and communal divergent thinking thinking spaces.  These two domains show a new attention to documenting collective and individual process and product.  (finalized Standards to be released at ISTE in Denver this summer). 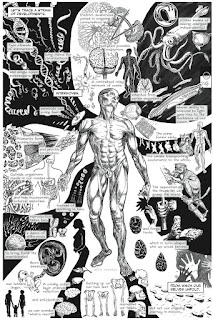 “New Literacies” according to Henry Jenkins, surround participatory culture where digital tools enable remixes, mashups, gaming, media validation, curation and manipulations, and most importantly maneuvering through surrounding affinity spaces.  This new skill set, and some would argue is a "secondary orality" or "post-Gutenberg parenthesis" building from a much older skill set, includes... 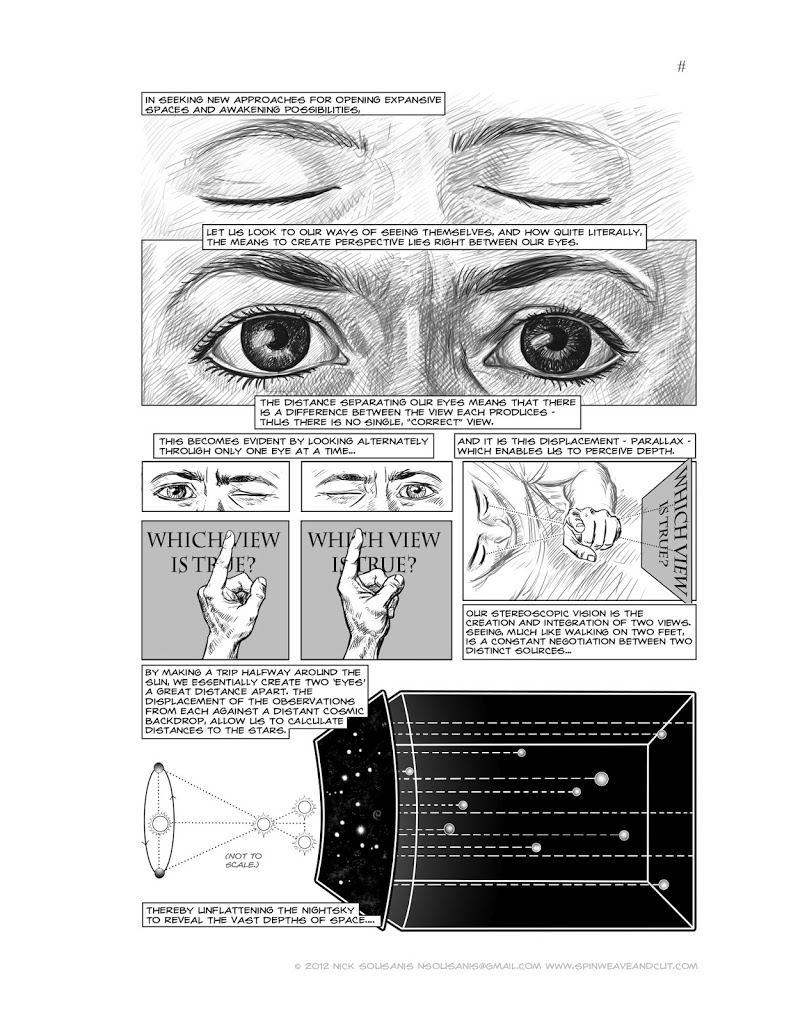 This shift is happening from home, in after school programs, in alternative learning spaces, and is slowly becoming a part of our school's environment.

Anything related to creativity, innovation, or collaboration in the Common Core gets delegated to Speaking and Listening Standards, which make sense if you are creating standards whose objective is to create national measurements from standardized tests.  The subjective softer skills surrounding collaboration, the skills the job market is crying for, are not so easy to quantify with bubbles.  The anchor standard reads…

Prepare for and participate effectively in a range of conversations and collaborations with diverse partners, building on others’ ideas and expressing their own clearly and persuasively.

...a watered down dialectic, but perhaps a fitting praise of Socrates who would not have approved of writing anything down for fear of making our memories weak.  The primary and elementary indicators invalidate the capacity of young minds to think critically and learn from the diversity of ideas around them.  Bill Gates and company apparently don’t know Ron Berger or the Emilia Reggio program.  By third grade students are basically expected not to talk out of turn and to “stay on topic”.  By ninth grade things get more interesting with clear parallels to ISTE Standards and New Literacies.

CCSS.ELA-LITERACY.SL.9-10.1.C Propel conversations by posing and responding to questions that relate the current discussion to broader themes or larger ideas; actively incorporate others into the discussion; and clarify, verify, or challenge ideas and conclusions.

CCSS.ELA-LITERACY.SL.9-10.1.D Respond thoughtfully to diverse perspectives, summarize points of agreement and disagreement, and, when warranted, qualify or justify their own views and understanding and make new connections in light of the evidence and reasoning presented.

CCSS.ELA-LITERACY.SL.9-10.3 Evaluate a speaker's point of view, reasoning, and use of evidence and rhetoric, identifying any fallacious reasoning or exaggerated or distorted evidence.

Again, why the overlap with ISTE, 21st Century Learning, and New Literacies only comes under Speaking and Listening is unfortunate, but it does exist, and the standards provide pivotal points to bridge methods for reading and writing in collaborative space. Where project work is expected, the expectations for group collaboration get more specific. 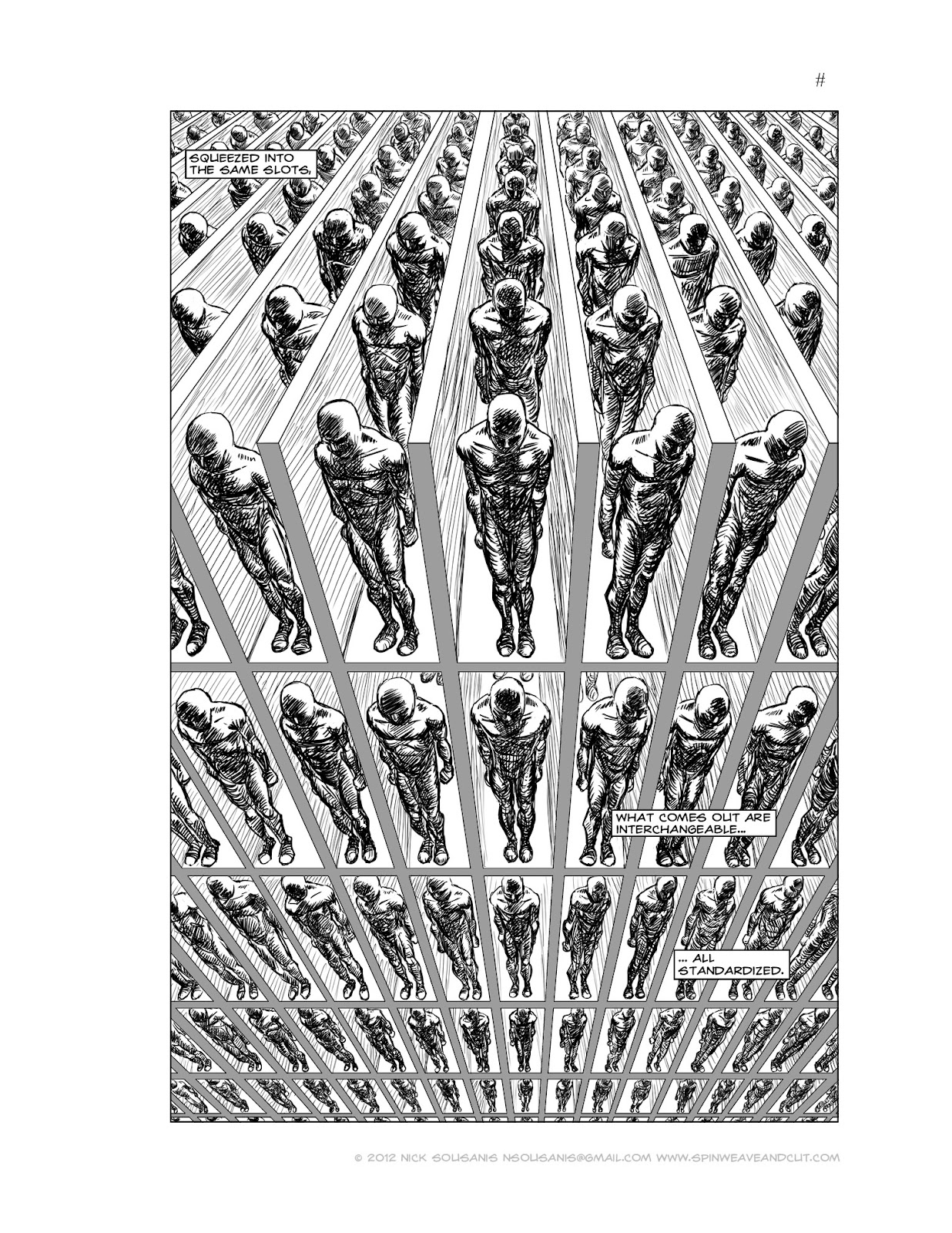 The Buck Institute provides open source materials for managing project based learning where there is a clear emphasis on individual contribution, group critique, and collective product.  These segments come from their collaboration rubric… 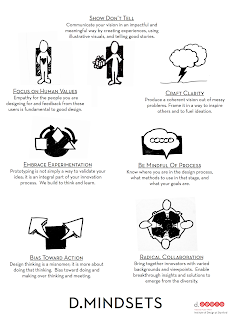 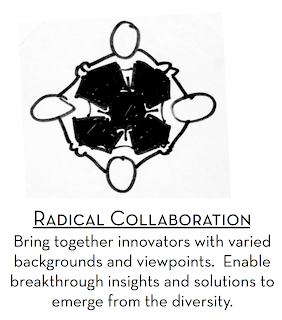 The d.School at Stanford offers a series of mindsets and methods around project work centered around developing empathy for a user.  “Radical Collaboration” mandates a wide breadth of perspectives allowing for solutions to emerge from diversity.  Within their method set are improv routines for getting group dynamics synched into soft or hard focus, awareness of others and “stokes” to create an uninhibited environment open to innovation.  Critiques start with praise, “I like”, move to negatives, “I wish”, and move forward with suggestions for growth, “I wonder”.  The critique method is part of the opening of the classroom space for a culture of collaboration, and perhaps returns us to a much older, human centered learning.

Returning to an Old Path

Vygotsky’s Zone of Proximal Development, often wrongly reduced to “next step learning”, explains that a learner’s environment encompasses multiple tools, including peers and teacher, and these tools can leverage a broader scope of learning objectives within the learner’s reach.  Our assessment systems predominantly emphasize individual measurement, however the true measure should involve what students can do with the critique of their classmates.  Ron Berger’s An Ethic of Excellence, or in flash summary form in Austin’s Butterfly, unpack this potential of learning community as part of Vygotsky’s toolkit. 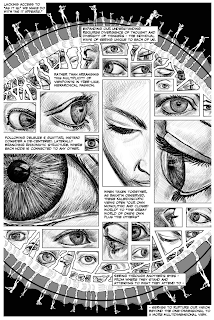 "If you want to know your own soul, you must talk to other people." - Socrates


Before justifying Twitter as collaborative tool, we should consider Socrates.  The dialectic serves as the awakening of the intellect, and face to face discussion is still at the center (have you tried getting a digital dialectic going on a MOOC discussion board?).  Consider how University of Chicago's Junior Great Books strategically leverages the Symposium at the end of the week.  The small group, culminating 15 minute discussion, is the learning product.  All reading, writing reflections, and critical dialogues up to that moment front load student cognition leading up to the Symposium.  “Socratic Circles” (later post) discuss how Twitter or alternative digital spaces preload discussions before the event, and how all minds present at the event are activated.

More than two centuries later, Paulo Freire described teaching as a political act in which critical dialogues are at the center of this act, awakening both oppressors and oppressed.  His friend and collaborator, Augusto Boal, developed methods in participatory theater to define and explore problems often beyond participants' cognisance.  Boal’s Theater of the Oppressed opens up the idea that the game/play space of theater creates a low threshold entry into an uninhibited fail-safe space to explore empathy for divergent perspectives, and transform passive spectators into spect-actors ready to act upon this empathy.  In this process, if the student enters as willing player, an inevitable aesthetic, ethical, affective connection to learning occurs.  They key here is to extend our concept of space to include digital interactions as well, but also to pull back from the digital, not use it as a magic crutch, and make the collaborative practices living events within our physical space as well. 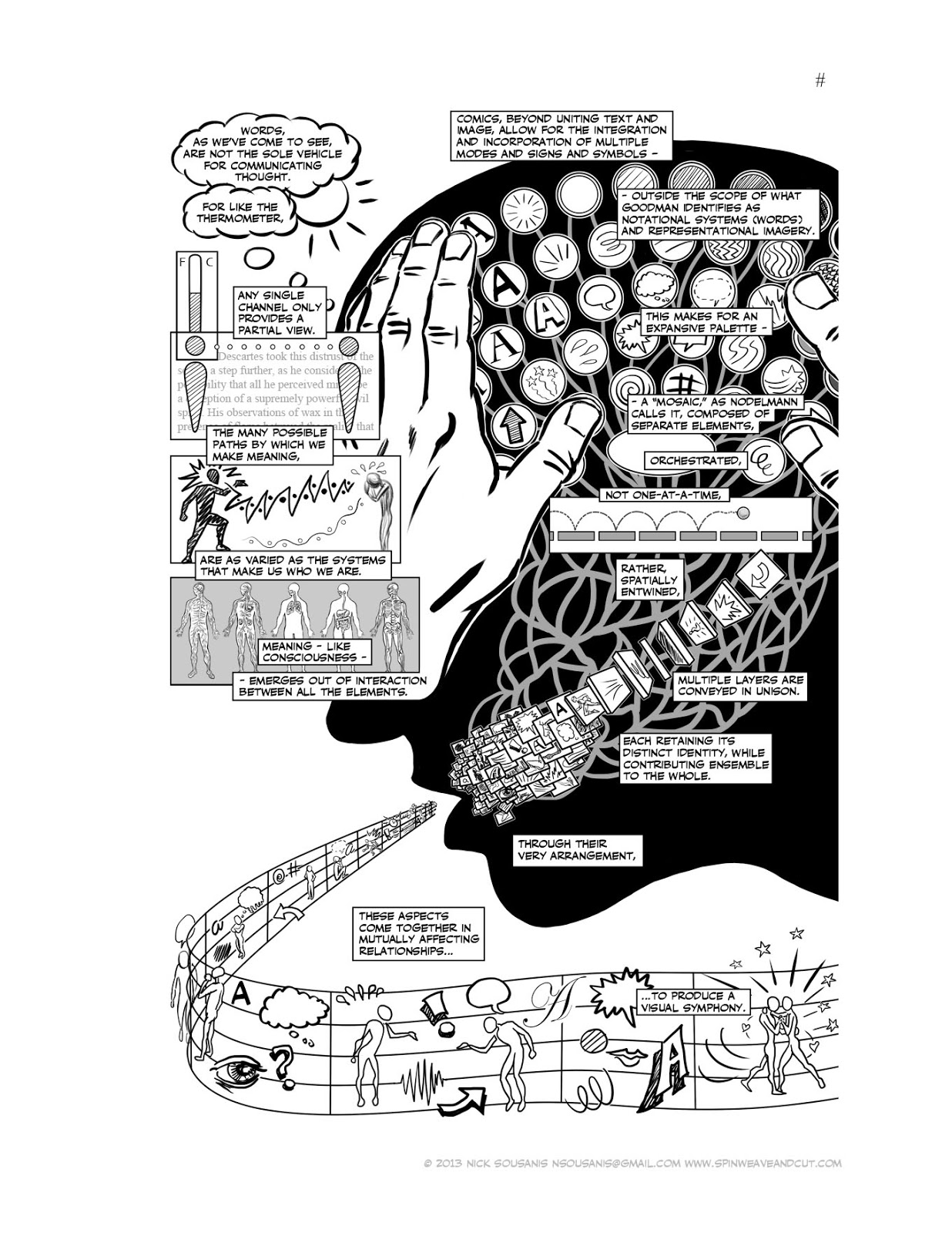 The thinking behind ISTE Student Standards, 21st Century Learning, New Literacies, Design Thinking, Buck Institute, and Common Core seem to agree that learning is socially constructed.  In exploring Twitter as part of this social construction I’ll expand on the following in upcoming posts… 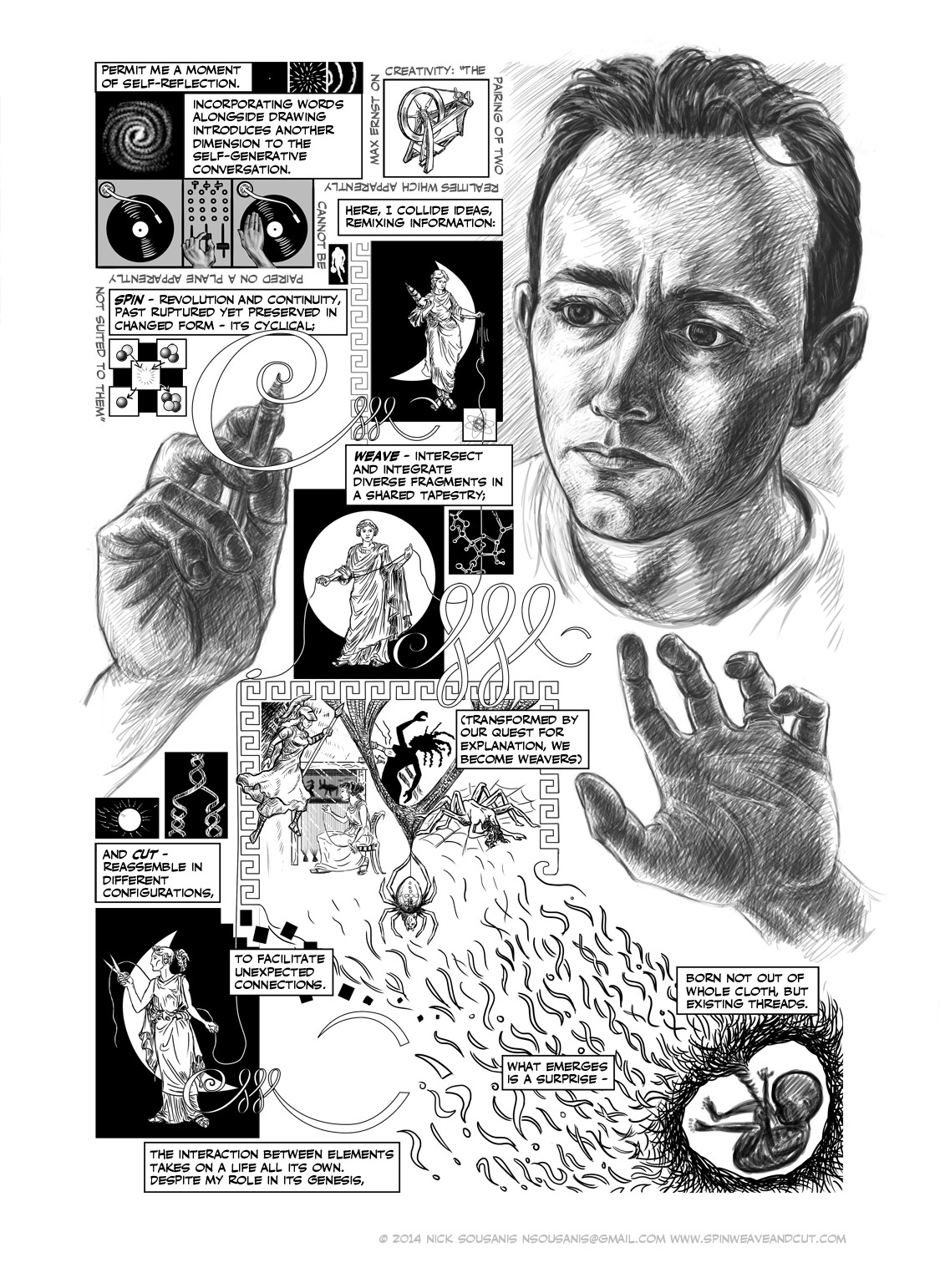 Our digital spaces are still very new, like new fetishized gadgets that we can’t wait to play with.  That impulse often inhibits their potentials and this is the wicked challenge, to manage ourselves before we manage our tools.  It's fair to say that, like photography was a technological curiosity for 100 years before the intent of the eye on the other side of the lens was taken seriously, the true potentials of our current tech tools have just begun. Jaron Lanier recounts his experience at SXSW a few years ago...


“After I took the stage, the first thing I said… was that it would be a worthy experiment for the audience to not tweet or blog while I was talking.  Not out of respect for me, I explained, but out of respect for themselves.  If something I said was memorable enough to be worthy of a tweet or a blog post later on - even if it was to register violent disagreement - then that meant what I said would have had the time to be weighed, judged, and filtered by someone’s brain.  Instead of just being a passive relay for me, I went on, what was tweeted, blogged, or posted on a Facebook wall would then be you.  Giving yourself the time and space to think and feel is crucial to your existence.  Personhood requires encapsulation.  Your have to find a way to be yourself before you can share yourself.” - Jaron Lanier

Berger, R. (2003). An ethic of excellence: Building a culture of craftsmanship with students. Portsmouth, NH: Heinemann.